“I felt like I was betraying my own friends” MasterRamen

The Story of the Father of Malaysian Esports

Hey there eGGlets we are starting a new weekly series of exclusive interviews where we speak to local and international esports personalities. Through these conversations, we want to hear and share their stories and experiences; taste their high points and low moments.

This week we spoke to Firdaus Hashim a.k.a MasterRamen – the so-called Father of Malaysian Esports. Wanna know why? Well, let’s check it out.

This was a famous internet forum for people to talk about gaming and esports in general. Back then Dota was the hottest game and many people gathered at Lowyat.net to talk about it. MasterRamen said, “the Dota community was quite small back then and I just played Dota for fun with friends I made through the forum.” This was also the time when he organised his first amateur tournament – the Litany League. Little did he know that this was the beginning of his roller coaster journey with esports.

After sometime, the owner of Dota Talk – Jaren Gan invited him to join the platform. What was Dota Talk? It was essentially a Facebook page that only talked about Dota in Southeast Asia (SEA) and sometimes hosted tournaments in Malaysia. During that time, “I managed a team called Lowyet.net esports and this was also the first time Lowyat.net sponsored a team.”

He brought a lot of changes while in that managerial position. This was because “back then the team was not performing well. That is why I felt that player changes were necessary for the team to progress.” Some of the players released from the team are now millionaires, including Jian Wei “xNova” Yap and Adam “343” Shah.

From Nothing to Something – Arrow Gaming

Lowyat.net was rebranded as Arrow Gaming and in 2014, out of nowhere, the team managed to qualify for The Dota 2 International 4 (TI 4) under the guidance of MasterRamen. His face beamed as he reminisced about the glory days, saying “we won the qualifiers with style.” That was the first biggest tournament for the team. Everyone in SEA was supporting them all the way during TI but in the end, bad things happened.

After TI4, he left the team but then a match-fixing scandal hit the team. When asked about it, MasterRamen just replied “shit happened.” He explained that both parties (players and the management) should be blamed in this matter. MasterRamen said with a low voice “I built them up from nothing to something until people idolized them. But it all came crashing down.” Deep in his heart you can feel that he was very sad and is still haunted by the scandal. “After Babyoling revealed the match fixing issue I exposed the wrongdoing of the team management and felt like I was betraying the trust of an old friend but it needed to be done to stop the issue from becoming worse.”

MasterRamen said, “after I stopped becoming a manager I created the Esukan Facebook page for Malaysia.” He explained that there was no local event page that specifically covered the Malaysian esports scene. So he and few other people took the initiative to be the founders of this page. As time passed the page kept growing and growing until it has now become the main page for Malaysians looking for a tournament to join or seeking to promote an event in Malaysia. This was one of the ways he decided to contribute back to the esports community in Malaysia.

MasterRamen did not stop there, he and his friends became the founders of Mineski Malaysia (MET), he told us that “I would like to see Malaysian esports grow and that those involved can generate stable incomes for the future generation.” MET’s purpose was to build up the competitive esports scene in Malaysia. These are just a few of the many events that have they have done thus far:

The Father of Malaysian Esports

So why do Malaysians call him the Father of Malaysian esports? He said “well, many pro players in Malaysia came to me when they had problems and I would help them to voice out or give them advice that they needed. Maybe that was the reason why they gave me that nickname.”

“I still feel shy sometimes when that phrase is used, but more importantly I feel sad when I see players used or mistreated by certain entities in the Malaysian esports scene. If you have a problem for sure you need a solution right?” Well, that was why MasterRamen and few of his trusted friends spearheaded an association in an effort to end this problem.

This association was formed to protect Malaysian esports players from receiving bad treatment. This could be at the hands of event organisers or their own team manager(s) or owner(s). MasterRamen’s involvement was to be a guide to the pro-tem committee members of MESPA.

Wanna know more about MESPA? Check it out here.

Where is Esukan Malaysia (eSM)?

The Malaysian government body eSM’s purpose was to oversee esports in Malaysia but many people say they are not doing a good job. However, MasterRamen said that “they do their job but just had bad luck when trusting people.” eSM has since undergone certain changes, now “they just need some time to re-adjust themselves in this scene again, so Malaysians need to be patient.”

Waaay before he changed his nickname to MasterRamen he was called Perunding in Lowyat.net. Anyway, the inspiration for the name was from his favourite anime called Naruto. He took it from a character in Naruto that always made ramen for Naruto – the protagonist.

When asked whether he likes ramen, he replied, “the truth is I don’t like to eat Ramen.” It did blow my mind knowing that his now-popular nickname is not because he likes ramen but because of an anime.

MasterRamen is still actively promoting and growing the local esports scene. You can find out more about what he does here. 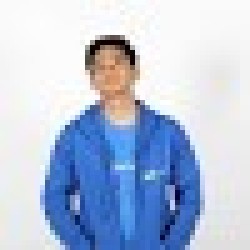 Another week of exciting matches has brought us closer to the MPL-MY S7 playoffs. Here's a quick rundown of what happened:

With the new patch that dropped on Saturday morning, viewers were treated to a brand new meta overnight! Who knew core Io would still be strong? 🙋‍♂️